On the first day of September, CBC Construction had a vonlunteer trip to Tan Phuc church at Quang Truc commune, Tuy Duc district, Dak Nong Province. After 6 hours on bus from Ho Chi Minh city, we arrived Tan Phuc in the afternoon with all of the expectation and excitement, because with most of us, this is the first time arrive to Dak Nong. And in fact, we were impressive with the fresh air and so beautiful landscape here. It is awesome!
Tan Phuc isolated church, an obscure name, despite having been living in Tay Nguyen for several decades. It is easy to understand, because this place is so remote and desolate; hills and mountains, formerly a revolutionary base, less than 20 km from the Cambodian border.

Tan Phuc has 9 Bon Churches, over 400 families, 1890 parishioners, of which about 1600 believers are M'Nong ethnic people.
Tan Phuc lies precariously on the edge of a hill with an area of 13,000 m2. The wooden church, only a mere 60 m2, was built in 2007.
The iron-framed brothel, covered in corrugated iron, was probably just over 50 square meters in size, a house only available after Father Peter's arrival. It is lying precariously, and the campus completely receives everything, from wind, water, dirt.
People are too poor, if not dare to say, they are backward. They still cultivate all kinds of crops, besides rice, maize, sweet potato, coffee, pepper ... They also grow rubber, yet the poor always cling to.

Come to Dak Nong this time, CBC had a good preparation to bring all children at Tan Phuc church a “HAPPY MID-AUTUMN”, as well as donated some gifts for excellent pupils.The children will have bicycles to come to school everyday and lamps to study every night. It is considered as “bring lights to village”. And for the upcoming Mid-autumn, all of the children will also have “moon cake”, for sure.

"Besides a man's success, there is always a woman." It is their silent sacrifices, sup...

CBC CONSTRUCTION CELEBRATES THE 5TH ANNIVERSARY AT ALL OF THE BRANCHES

On March 25, CBC celebrated its 5-year anniversary, the Board of Directors and all of the manager an...

THE SPECIAL GIFTS FOR LADIES ON THE INTERNATIONAL WOMEN'S DAY

International Women’s Day has passed but the resonance seems to still be there. And perhaps th...
Project News

In the last days of November, there are just over two months left until Tet holiday. The work on the...

On October 26, the signing ceremony of the Construction contract of the new project "Tan Hoang...

TOPPING CEREMONY OF NVC BAC NINH AT THE END OF OCTOBER

On the days before Tet holiday, although we are so busy with year-end work, CBCers team still dedica...

The childhood of children living in rural areas is perhaps more or less as lucky as the pupils in th...

Children's Day (June 1st) was really an occasion for CBC in particular and the hearts of generos...
Related News

Wednesday 03-02-2021
On the days before Tet holiday, although we are so busy with year-end work, CBCers team still dedicated the last two days of January for a charity trip to Long Ha C primary school, Long Ha commune, Phu Rieng district, Binh Phuoc province. Because we know that the children need us, they need help, th... 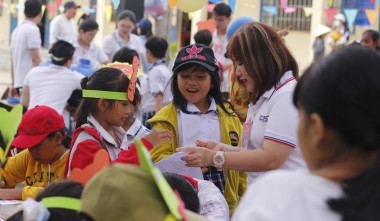 Tuesday 06-10-2020
The childhood of children living in rural areas is perhaps more or less as lucky as the pupils in the big city. Most of the children have little opportunity to play, and rarely participate in festivals, cultural and cultural activities. This is also one of the disadvantages in their spiritual life.... 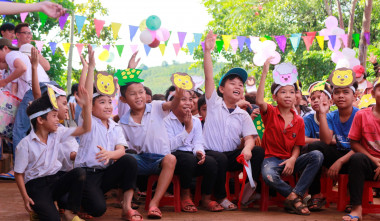 Saturday 06-06-2020
Children's Day (June 1st) was really an occasion for CBC in particular and the hearts of generosity in general to give more love and find themselves receiving a lot of love. The program was organized on the occasion of welcoming International Children's Day to partly compensate for the disa... 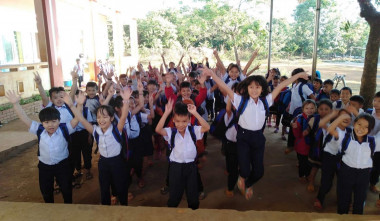 Tuesday 18-02-2020
Another Spring of Love has completely closed. This is the first spring CBC has accompanied with Anh Duong Volunteer Club which has been operating for 7 years and organized about 30 volunteer programs in impoverished localities in the western and highland provinces. 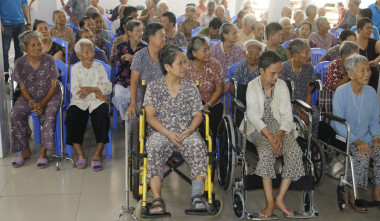 Saturday 30-03-2019
Two weeks before, on Mar 16th, CBC Construction has a charity trip to visit Suoi Tien Nursing Home at Cay Gao commune, Trang Bom district, Dong Nai province. Suoi Tien Nursing Home has about 100 grandmothers who has been living together for many recent years. Most of them are poor, homeless, and h... 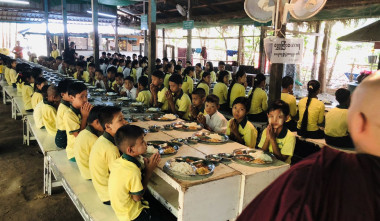 Saturday 23-03-2019
One of the first place that CBC's charity ship choose to come and visit at the beginning of this year is "A LIN THIT" School in Bago, 2 hour driving from our Myanmar Office. The school has been established by monks those who love children, have a good understanding and sympathy with poor people, esp...